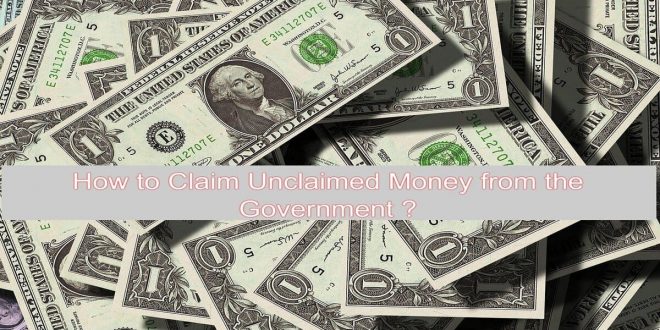 How to Claim Unclaimed Money from the Government ?

According to usa.gov unclaimed money is money that a company, government agency, or other entity owes you, but you haven’t claimed it. Usually, when businesses can’t track the owner of money, they would give it to state-run unclaimed property authorities.

Unclaimed funds can come from many sources, including unpaid wages, bank accounts, insurance policies, and the state government. Every dollar matters, especially during tough times like this. So, you’ll find how to claim unclaimed money from the government below.

Also Read: How to Find Unclaimed Money From the Government

How to find unclaimed money held by the government

You can start by looking up government databases that are available for free. Firstly, go to Unclaimed.org and look for your name in the database of unclaimed property offices in your state. If you’ve moved around several states, go to MissingMoney.com. Here, you can look for your name in multiple states at the same time. It is not unusual to lose money in various places because unclaimed funds are reported to the state where the business or organization is located.

Moreover, has your employer violated labor regulations and not paid you? The Department of Labor (DOL) may be able to recover your wages if it happened within the last three years. Search for their database of workers who have money outstanding to them. You can also look for unclaimed pensions from companies that have gone out of business. For unclaimed pension funds, contact the Pension Benefit Guaranty Corporation.

How to claim unclaimed money

When it comes to claiming your lost money, each state has its unique procedures and requirements. But basically, you should bring proof of ownership of the money you’re claiming. This could be your proof of payment, utility bill, or your Social Security number.

Another thing you also need is proof of identification, such as a copy of your driver’s license or passport. Processing length also varies by state, but some can take as little as 30 days. Now you know how to claim unclaimed money from the government if you find that you have funds in your name. 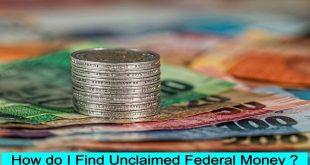 How Do I Find Unclaimed Federal Money the Easy Way?

How to Look Up Unclaimed Money Quick Guides 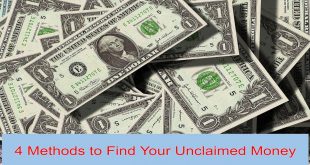 4 Methods to Find Your Unclaimed Money